Here are some pictures from our first games of Joan of Arc. We played the starting scenario three times. The hated English won three times, but one game was very close and was only lost through a combination of bad luck and clever card play by the English.

First verdict: Quick and engaging game play (no game lasted longer than 45 minutes after we had gone through the rules). It’s quite luck dependent, but I think this is exacerbated through the small forces in the first scenario – one bad roll can be very hard to make up for here. We’ll see how the bigger battles go. 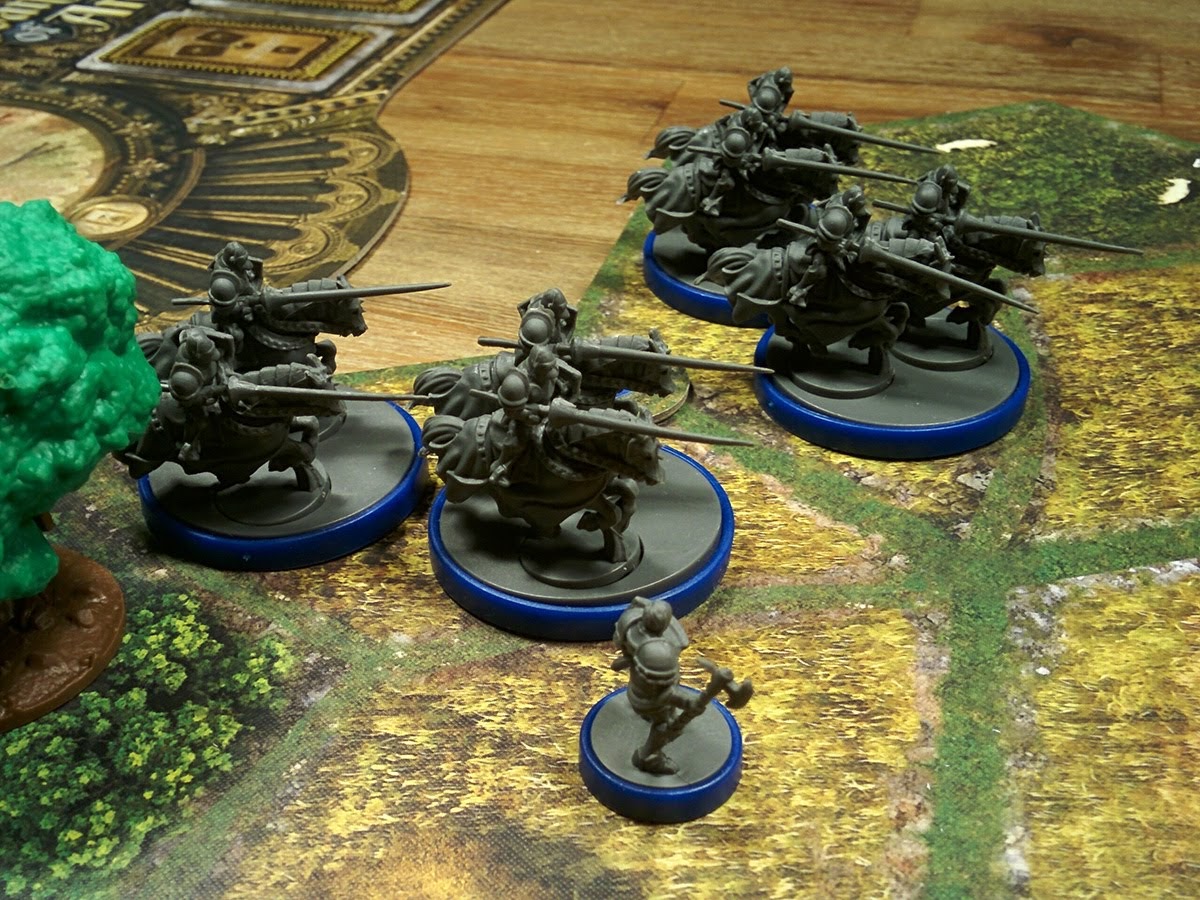