Games last night:
1. Middle-earth SBG scenario “Fog on the Barrows-downs”. Won by the the Fellowship, as 3 hobbits escaped the downs (Pippin was lost in a tomb). Luckily for the hobbits Tom Bombadil arrived very early. 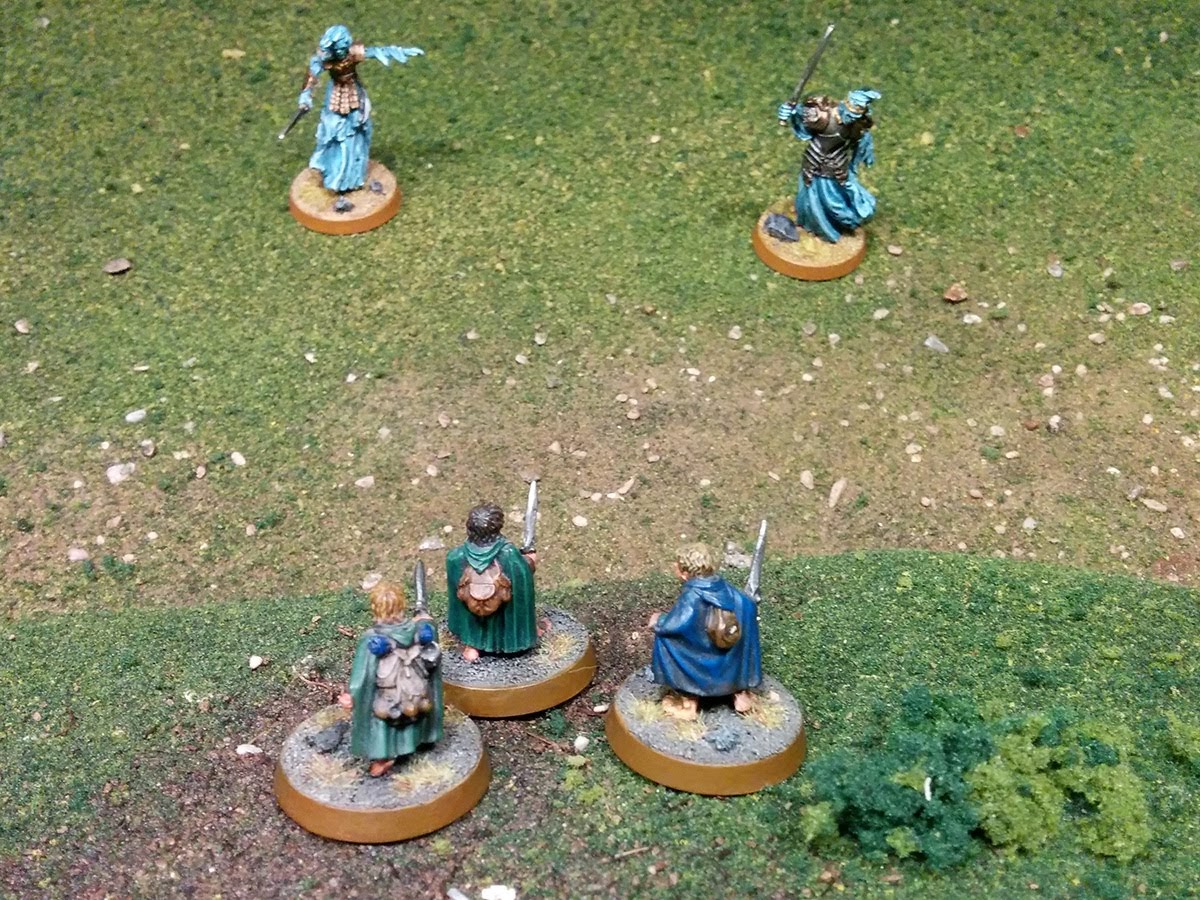 2. Middle-earth SBG scenario “Gandalf at Weathertop”. The Nazgûl made short work of Gandalf after he buried one of them under a collapsing pillar. The ring-wraiths cornered the grey pilgrim and brought him down. Seems a pretty unbalanced scenario. But awesome work in the ruin by my opponent. 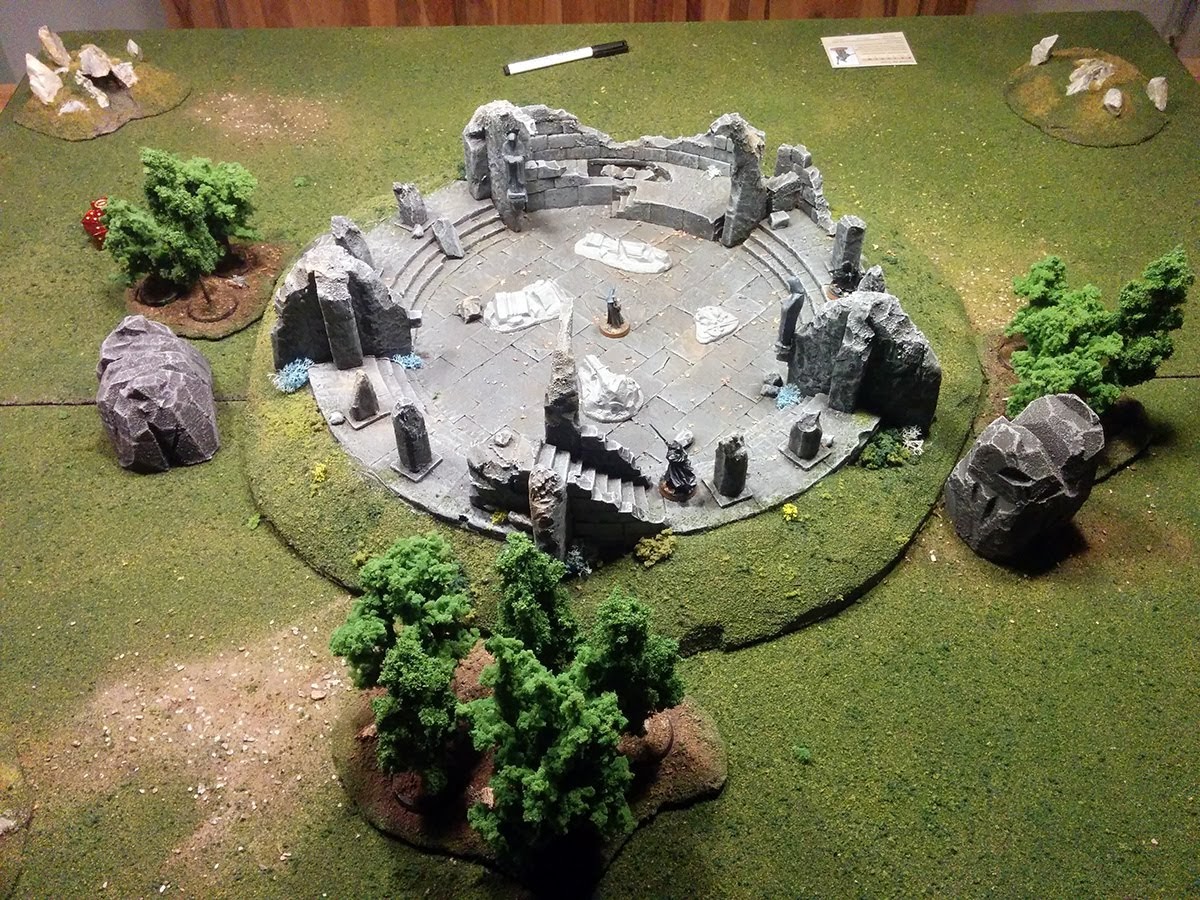