Sleeving does make it tricky, to be sure. But I just can’t stand the thought of such pretty artwork getting scuffed up and cards damaged. I sleeve any time I can.

Soulfall is a recent release from SmallBoxGames, maker of Omen: A Reign of War, which I’ve enjoyed quite a bit. It was funded through Kickstarter. There was no insert at all.

The strangest decision made about the box design isn’t the lack of an insert, but the lid does not slide completely over the bottom box. I’m sure there’s an actual name for the design, but when the lid is closed, it only covers about half way down the bottom box. And it’s not fitted properly either, so the contents would just spill out if you set the box on its side.

Oh, and Peter, as a graphic designer, you’ll just love the decisions made with the cover art/font… 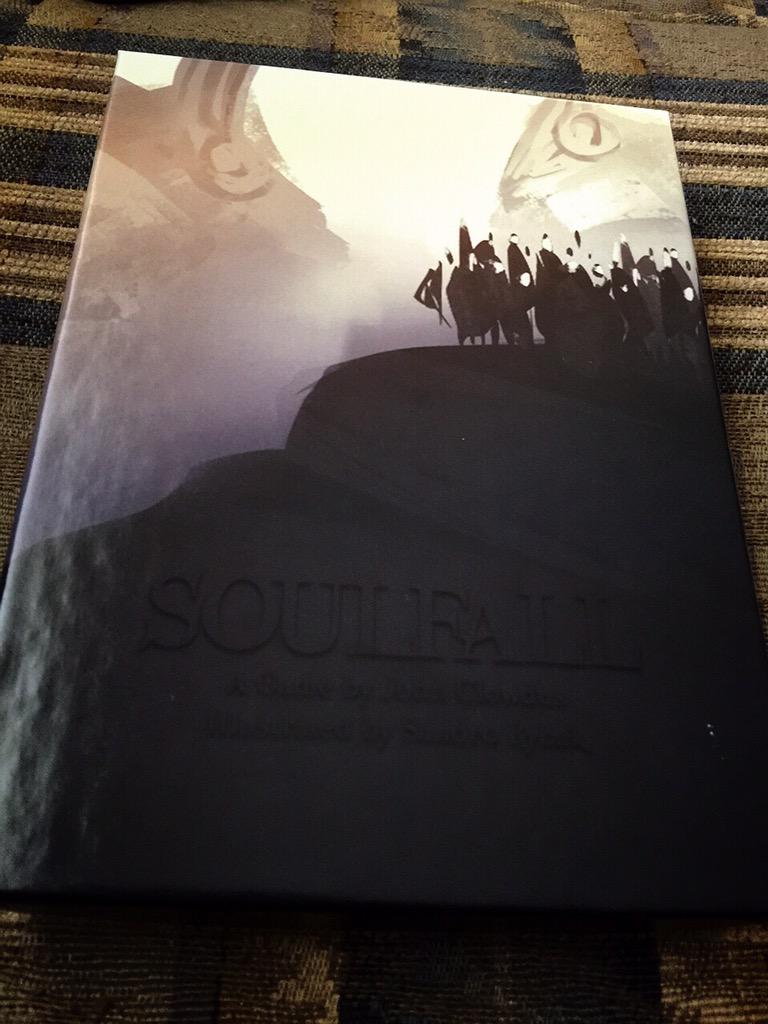 The whole production feels rushed and careless, though I have gotten some good support from the creator after the fact with some tokens that were completely defective. They should not have been approved for release. Actually….It feels sort of like a prototype. His previous game, Omen, just received a re-release with upgraded components etc. I bet this project hits Kickstarter again down the road for a similar “refresh”