You’ve got just two weeks to solve the murder, uncover the conspiracy, and face your personal demons.

A complex, ambitious, heavily-themed game by Fantasy Flight full of colourful art and great bits, this sci-fi murder conspiracy game set in a Blade Runner-esque future seems to really polarise opinion. I’ve played it a couple of times and it just doesn’t seem to ‘click’. While there’s a lot of potential here, and it was ground-breaking for its time, it feels overly complicated, too long, and ultimately comes across as a bold experiment that overreached its grasp. 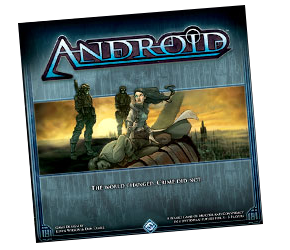