After the success of Conan, Monolith and Mythic Games put together another Kickstarter, this time to reinvent the old card-based Mythic Battles game with a shed-load of miniatures in tow. $2.6 million dollars of backers’ money did the trick, and it was delivered in a timely fashion. It’s since been handed over entirely into the care of Monolith, as Mythic concentrate on other things (like the upcoming Joan of Arc).

It is, of course, all about the miniatures (which are very nice), but the combat system is a good one and well-tested over time. The unusual dice-rolling method is hard to get your head around at first, but you soon get used to it, and it offers up some interesting choices. Whether there’s enough game here to justify the boxes and boxes of miniatures remains a question of personal taste, but there is a wide variety of scenarios and a lot of choice in the forces you can use.

One thing both Monolith and Mythic must improve upon however, is the quality of their rules writing and proofing. Boardgamegeek is full of people asking for clarifications, and translation issues and ambiguous writing continue to cause unnecessary and time-wasting issues for many. In fact, the rules for MBP were completely rewritten later down the track and many of the components re-released in a second Kickstarter (these sheets use the new rules, of course). 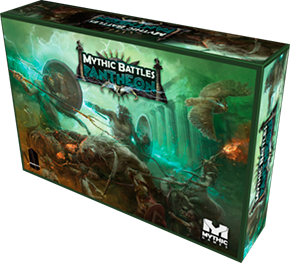