Write your legend in the blood of the fallen!

When is a miniatures battle game not a miniatures battle game? Well, when it doesn’t have … miniatures. This game has everything else for an epic little bash between Ancient Greek and mythological foes however, and there are rumours that it’s going to be rebooted with miniatures via Kickstarter sometime soon. In the meantime, you’ll have to do with small, hard to distinguish tokens hacking at each other.

There are some very nice ideas here though, including a set of cards for each unit that you cycle through as the unit is wounded, and a card-based activation system. It also comes with a small campaign. And the artwork on the cards is stunning.

This summary includes the rules from the two expansions. 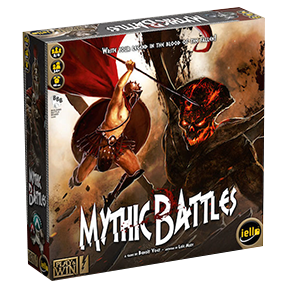