Deep-space explorers have discovered an abundance of valuable rubium on a distant moon.

Probably the best of the wave of games from the Hasbro-owned reincarnation of Avalon Hill, this game is a classic ‘build your forces up and kill the other guy’s forces’ wargame with a thin sci-fi theme of other-planetary mining and corporations in conflict. The original edition was renowned for its glow-in-a-black-light candy-coloured figures.

Version 1 of this rules summary is for the Avalon Hil version of the game. Version 2 is for the re-released second edition by Fantasy Flight Games. 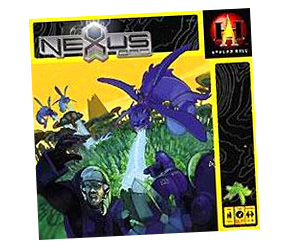