Voyages of the Manticore and her crew on the Wandering Sea.

Ryan Laukat is certainly one of the prodigies that has appeared in the board gaming world; a multi-talented fellow who not only designs his games but illustrates and produces them too. And he also seems to be a musician! His latest project was Sleeping Gods, and incredibly ambitious cooperative storytelling game that apparently took three years to create.

And you can certainly see the work that went into it. It’s a beautiful production, lavishly illustrated and bursting with pages and pages of story paragraphs a lá Tales of the Arabian Nights, set in an original fantasy-meets-early-industrialisation-with-a-dash-of-Jules-Verne universe. It’s a fascinating place to explore, and controlling a plucky crew aboard the steamship Manticore, you’ll do just that in astonishing detail. A simple but ingenious system of keywords keeps track of your progress, and there’s an overarching tale to the adventures. You’ll have to feed your crew and keep them alive through countless encounters—the surprisingly tactical combat system is another highlight—and there’s always the urge to see what’s over there at another numbered location on the gorgeous maps.

I was lucky enough to asked to create a rules summary for the game, which was included in the Kickstarter edition. Here’s my slightly updated version, with a few layout tweaks and the addition of a player reference sheet. 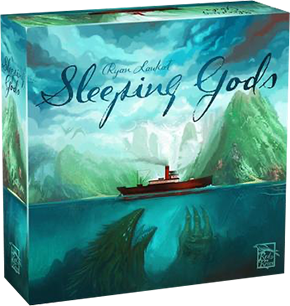