The Old World seethes with ancient rivalries and boils in the cauldron of savage warfare.

The goal in Warhammer Invasion is to set two of the three locations on your opponent’s Capital boards to burning, and you’ll have to cleverly allocate your resources to not only attack your opponent in strength, but defend your capital from your opponent’s attacks. Of course, as in all these games, there is plenty of opportunity to craft your own ‘killer’ deck by mixing cards of various factions—though in this case it must be made up of either those forces following Order (good) or those following Destruction (evil). 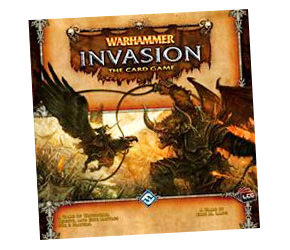