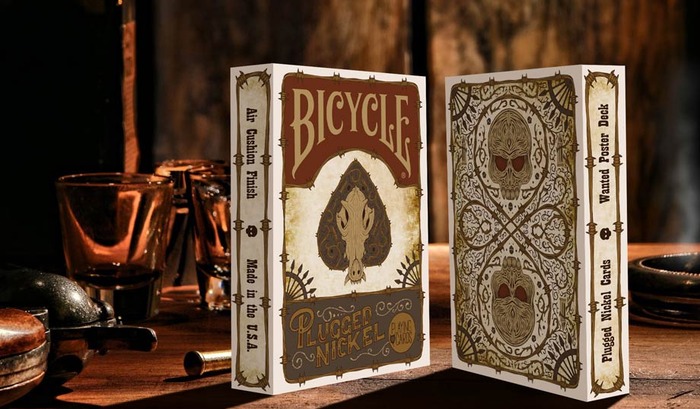 You see, in this world there’s two kinds of people, my friend: Those with loaded guns and those who dig. You dig.

Matt Drake sits down at the Kickstarter table armed with a good hand.

There’s no shortage of tabletop game reviewers on the internet, and more popping up every day. But there are very few entertaining ones. Our beloved hobby seems to attract a fair proportion of po-faced, dull reviewers; reviewers whose attempts at humour are painful to watch; exceedingly family-friendly reviewers; and reviewers who won’t use ten words when three hundred will do.

Now, I realise that a lot of reviewers are just enthusiastic amateurs, or want to be family-friendly because they play games with their kids, and of course that’s all fine. And often those reviews are very informative. But as an adult, and a pretty free-thinking one who’s not overly fond of children, occasionally I cry out for someone with a bit of wit and a sense of humour that doesn’t treat me as if my preferred boardgaming opponents are a group of pre-schoolers at a church meet.

And that’s when I turn to Matt Drake at Drake’s Flames, one of the most consistent, and consistently entertaining, reviewers on the internet. Matt tells it like it is, but that doesn’t mean he tosses off reviews (at this point he’d introduce a masturbation joke) or that his cracks about whores and booze and rock n’ roll are ill-considered and schoolyardy. Well, maybe they’re sometimes a little schoolyardy. But it’s as obvious as a Busen Memo reference in a BoardgameGeek Geeklist that a lot of hard work goes into those reviews. The guy can write. It’s also quickly apparent after any interaction with him that he’s a damn nice bloke, with a live-and-let-live attitude that I can relate to.

That’s why his website is in my visit-every-day bookmark list, and that’s why I’m very happy to endorse his first Kickstarter campaign: Plugged Nickel playing cards.

I knew Matt could write, but I didn’t know he was such a good designer. I can’t tell you how pleased I am that he is, however, because if he’d asked me to write about his Kickstarter campaign and I’d checked it out and discovered that whatever he was selling was crap, I would have been in a bit of a quandary. Thankfully, I don’t need to confront that particular moral dilemma, because these designs absolutely rock. I’m not a poker player myself—and I don’t usually cover this kind of thing on the EOG—but these are some gorgeous looking playing cards, and I can tell Matt has put a lot of work into designing them and preparing his campaign.

So if you are in the market for the coolest decks of cards around, I highly recommend you mosey on over to the end of the link below and support Matt. And if you don’t already go there regularly, check out Drake’s Flames. Because we all need a few crassly opinionated reviews and some bathroom humour occasionally.