The Joy of Unboxing: Onward to Venus

By Universal HeadOctober 4, 2017August 28th, 2019Boardgames, The Joy of Unboxing, Videos
No Comments

Well done, Adendorff, we’ll make an Englishman of you yet!

We put the hip hip into hurrah and unbox Onward to Venus by Martin Wallace of Treefrog Games! Toodle pip!

Greg Broadmore is an extremely talented artist who works for Weta Workshop here in New Zealand. Somehow, in between creating concepts for such films as District 9 and King King, he found the time to create an entirely original steampunk alt-history space-colonialism universe called Dr Grordbort’s. This started with a range of retro rayguns, four of which you can see showcased in my video. I also have a couple of his books and visited an exhibition of Dr Grordbort-related work in Wellington a few years back (see the photo below).

I’m a big fan of Broadmore’s work and have therefore been circling Martin Wallace’s game Dr Grordbort’s Onward to Venus for a while now, and a recent price drop caused me to pull the trigger on the raygun and grab a copy. And after our first play last night I can tell you it doesn’t disappoint, though I do wish the very thematic crisis events would happen more often and be more integrated into the gameplay. Despite this however, it’s an engaging game of claiming mines and factories, zooming around the solar system with your troops, bagging an endangered alien species or two, and occasionally getting into a bit of good-natured biffo with other players doing the same. Let’s unbox it shall we? Lashings of ginger beer for everyone! Hurrah! 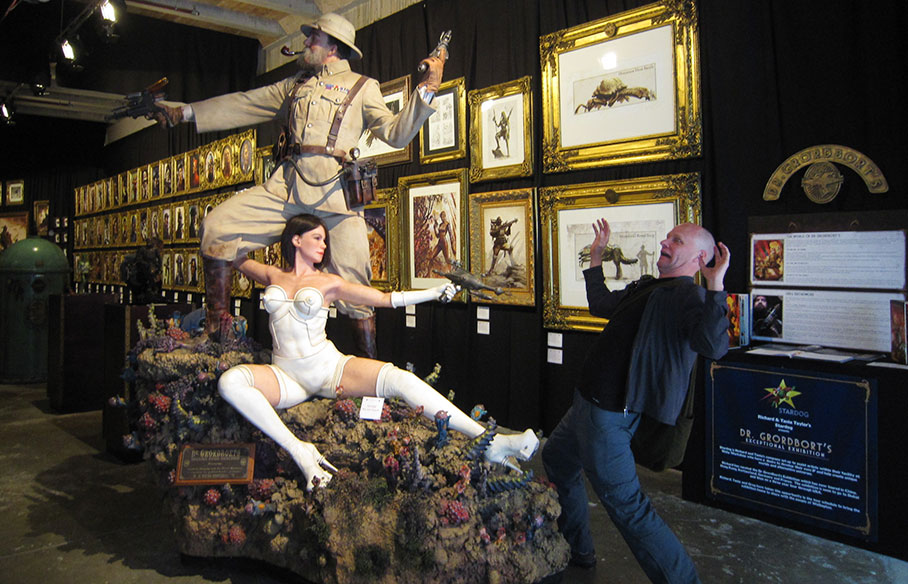 Fantasy Flight GamesRise of the EmpireStar WarsStar Wars: Rebellion
Sign up for the newsletter