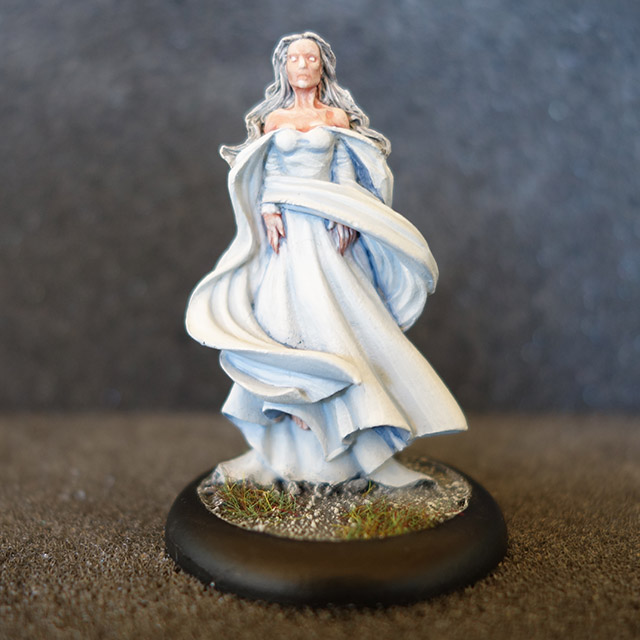 Embarking on a new expedition—to Hell!

Originally published in France by Asmodee and, in recent years, taken over by American publishers Cipher Studio, Hell Dorado is a skirmish-level miniatures game that I’ve had my eye on for several years. The background is wonderfully European—set in the 17th century when the opening of a portal allows the rapacious cultures of West and East to descend into the infernal realms, found the city of New Jerusalem, and strike out into the realms of Hell. Of course it’s not long before they encounter the local inhabitants …

Most of the models are individuals, and the sculpts are, in a word, stunning—full of character and personality.

I recently bought the rulebook when a local online store had it on special and, as is my habit, began working on a rules summary (of course it will be available here once it’s finished). My aim is to buy figures as they come on special and paint them as I go, as I’m determined to avoid a backlog of unpainted figures—especially as I have a huge number of Wrath of the Kings miniatures on the way this year.

My first purchase was the Demons starter set: rebel angel Asaliah, a Damned One of Wrath, two Damned Ones of Sloth, and a Lemure. Lemures are little beasties that magic users feed with magical abilities which then run off and discharge their magic against the enemy—what a great concept! I thought I’d share with you the results as I paint them, so let’s begin with the ‘officer’ figure from the Demons starter set: Asaliah. This was a quick and easy paint job, mostly just flesh and white cloak. I painted the shadows of the cloak in a light blue with a bit of darker grey/blue shadowing, and worked up the white highlights. For the flesh, a flesh colour washed with a brown/red mix, then highlighted up to white.

I don’t paint figures for display, I paint them for use, so while I like to paint a figure until it looks good, I try not to obsess too much with getting it perfect. Remember that tabletop figures are most often seen at a bit of a distance, so spending too much time on incredibly fine detail can be a bit of a waste of time.

That said, I’ve been doing things a bit differently in my miniature painting lately as I’ve felt myself getting into lazy habits after some 30 years of painting. Most revolutionarily, I’ve been slowly moving from Games Workshop colours to Vallejo colours. I have issues with GW’s business practices and prefer not to support them—plus, Vallejo colours are better value! The recent purchase of a head loupe has really made painting easier for me as I find my eyes are starting to blur as I get older. Finally I have a convenient way of seeing the model up close as I paint and, armed with a high quality brush (Windsor & Newton Series 7 Sable really is the only way to go), painting fine detail is easier than ever before. I’m also beginning to experiment with specialised thinners to thin paint and retard drying time.

Anyway, here she is. Remember of course these are very close up photographs and the overall effect is a lot more forgiving in real life! I’ll post pictures of the figures as I paint them, but an Immortals set (Chinese/Demon hybrids) is already on the way. By the way, these are the first images from my new camera, A Sony RX100 MkII, so I hope you’ll notice an increase in quality in both still images and video on this site from this point onwards!

Of course, it won’t be long before I have an Hell Dorado rules summary on the EOG, and I’m also working on some redesigned unit cards to replace the atrociously designed ones that come with the game. For some reason, miniatures games always seem to have terribly designed reference cards—I redid all the cards for AT-43 and Confrontation, for example, and the Hell Dorado ones are, unfortunately, more unreadable than most.

I’d be very interested to hear from any Hell Dorado players out there. Let us know your experiences with the game, what you think of it, the pros and cons of the system, any tips, etc.

So join me, as the Esoteric Order of Gamers descends into Hell—and applies the harsh justice of cold steel and hot magic to anyone or anything they happen to come across!