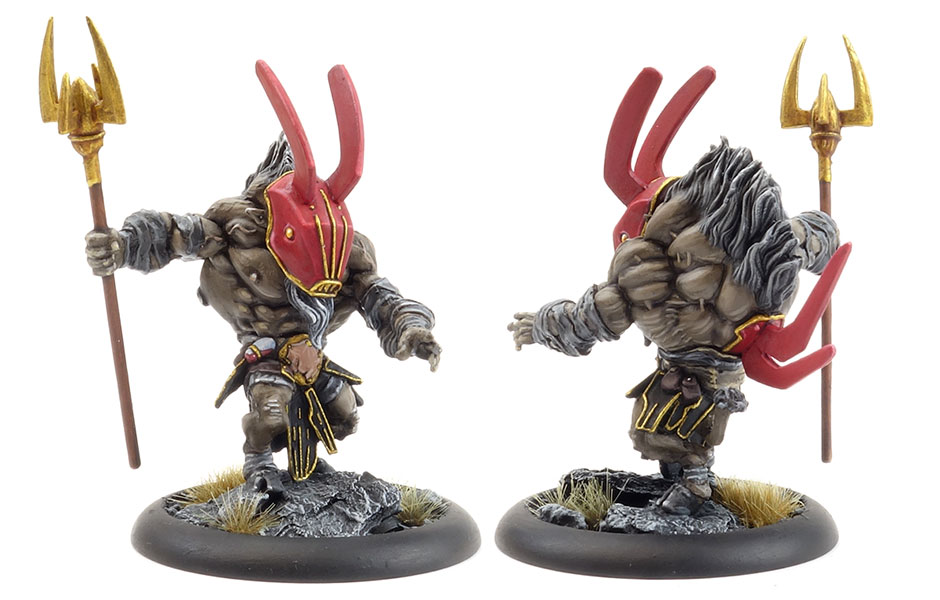 I was a prince in this land. No one was allowed to look directly into my eyes.

Aother great figure from the Nasier faction, the Rank 1 specialist Rathor is a battle shaman with an impressive couple of ranged magic attacks, and a magical aura that cancels out several enemy defensive special abilities. Of course, he does look a bit like a giant humanoid rabbit, but who’s going to tell him that to his face?

It was a pretty straightforward miniature to paint, though the wrappings on the arms were a bit fiddly. I took a cue from the studio paintjob and painted a red liquid swishing in the flask at his belt. Click the images for even larger shots. More Nasier figures very soon!