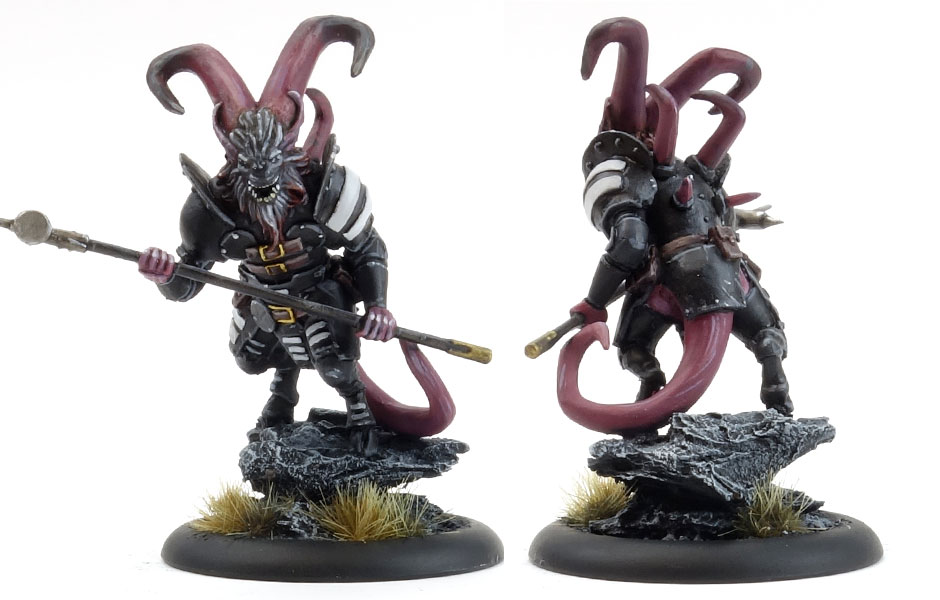 Anyone who even thinks about deserting this mission will be cut up into 198 pieces.

Shadrus is the first of the unique personality figures I’ve completed. He was an interesting paint job because I couldn’t find a reference shot online at the time, so I chose my own colour scheme. Following the existing Nasier colours wasn’t hard of course, but I gave him a black face and fur because I was watching the original Planet of the Apes films on Blu-ray at the time, and was influenced by the look of the warlike gorillas. I also positioned him a bit unusually on his rock plinth, leaning far forward, and I think the overall effect is one of violence and aggression that works well to convey the fiery, furious personality of this character.

Bear with me for a week or so as I take a short break from new articles. Me ol’ gaming buddy Will is visiting and that means new battle reports will be filmed, so stay tuned for lots of good gaming videos!