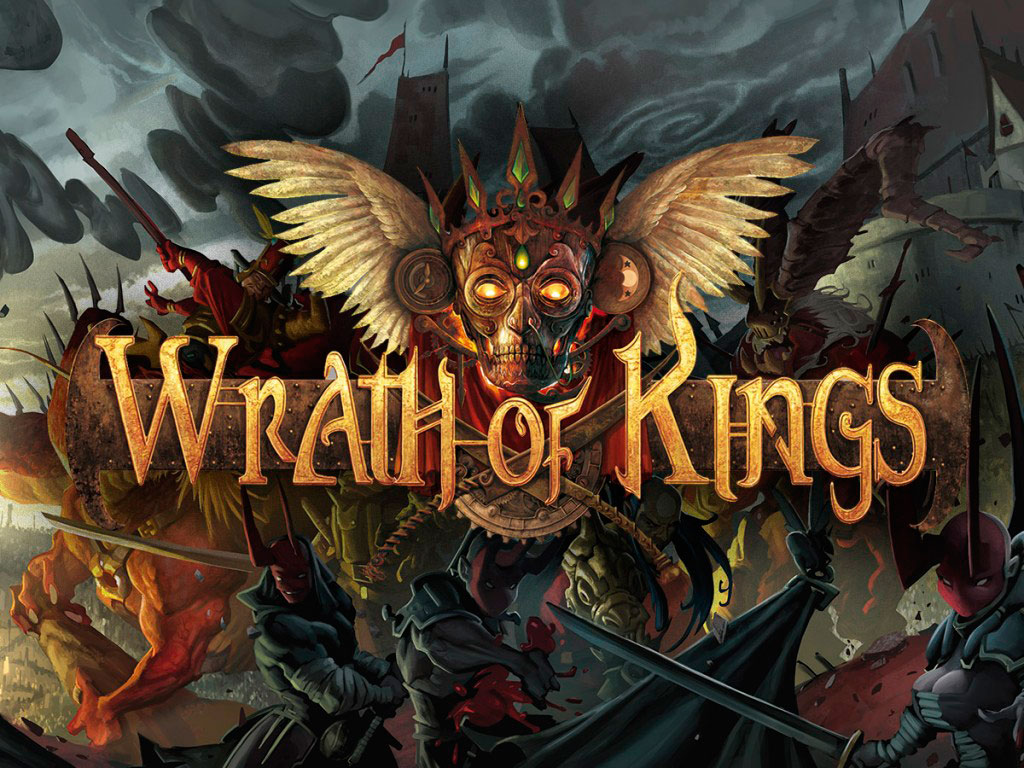 The EOG doesn’t often open the coffers for Kickstarter campaigns, but the new Wrath of Kings tabletop miniatures game by Cool Mini or Not instantly appealed—enough for me to pony up at the Ancient King level. At $200 for (currently) 157 miniatures and a hardcover rulesbook, it seems to be a fantastic deal.

Why did it appeal so much? Well, I’m a huge fan of Rackham’s Confrontation, mainly since the miniatures have such character. Since CMON hired ex-Rackham artists and sculptors (apparently even useing some unreleased Wolfen sculpts for the Goritsi), this game definitely has a strong Confrontation feel. To me, it’s a lot more interesting, more European, than the usual American fantasy tropes.

The big question however, is CMON still going to run a Kickstarter campaign for a re-release of Confrontation? In this March 2012 interview, CMON’s Kevin Clark says yes, though I still don’t understand why they’re releasing two fantasy tabletop miniatures battle systems that are very similar in visual style. Apparently Wrath of Kings is designed for larger battles of at least 30 models, while Confrontation will return to its skirmish game roots—but is this really enough of a distinction to justify two Kickstarter campaigns?

Another issue is the plastic that CMON using for their figures. Personally, I found the Sedition Wars plastics fine, but some have found cleanup of mold lines to be tedious and difficult due to the qualities of the plastic. In this case, are using a polystyrene for the weapons to avoid any issue with soft, bendy weapons, but will the cleanup issues still be a problem? It remains to be seen.

As someone with quite a large collection of Confrontation figures, I could also see the myself using WOK figures as proxies in that game. Then again, I may end up using those figures as proxies in WOK—it depends how enjoyable and robust this new game system is. With a simple, one roll d10 system, alternating activation and a focus on unit synergy and chain of command, this looks like a fun game.

Did I need two fantasy miniatures games? No, of course not, but let’s face it, it’s all about the toys …

Here are the five factions for the launch: House Hadross: An underwater race transformed into a new species who can take a lot of damage—slow but sturdy.

So I highly recommend you all head on over and sign up for this new game. That recommendation has nothing to do with the fact that I’ve already signed up and I want them to beat lots and lots of stretch goals. Really …

CMONCool Mini or NotminiaturesWrath of Kings
Sign up for the newsletter