By Universal HeadJune 23, 2018Videos
No Comments 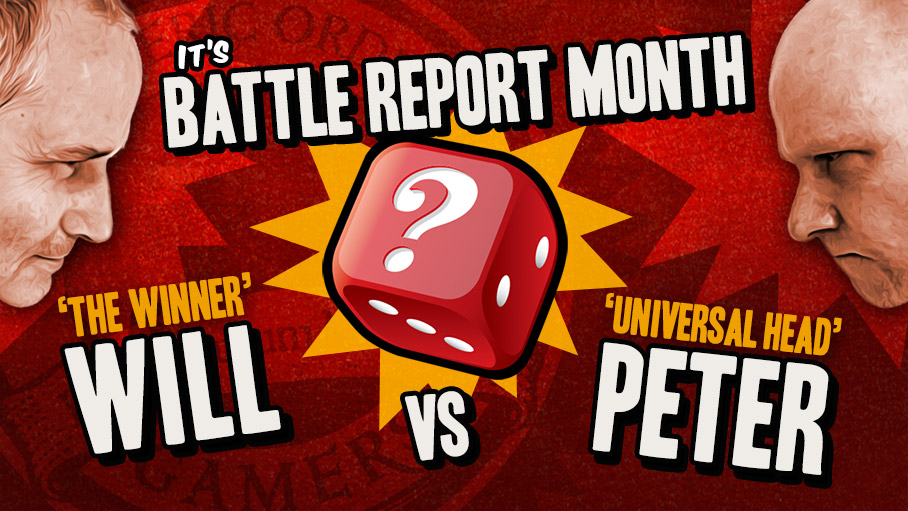 One day, somebody’s gonna have to make a stand.

The ultimate gaming throwdown – all month, all battle reports!

The Esoteric Order of Gamers studio (you know, my house) was recently graced by the august presence of a fellow who goes by the name of Will, and of course, in between a few beers and whiskies and reminiscences, we managed to play a few games. Now we could have just sat back and enjoyed ourselves without the hassle of filming them for the entertainment of EOG members but – nahhh, of course we filmed them! And they’re coming to you in July, because July is Battle Report Month!

What games did we play you ask? Some stunning visual treats: Gaslands, Necromunda Underhive with a fully 3D table, Conan, and Star Trek: Ascendancy with 3 players!

And as a special bonus, backers of Steward level or higher (that’s $5 a month or more) will get access to a brand new War of the Ring battle report!

That’s Battle Report Month – a new battle report every week, all month! Now if you’ll excuse me, I’m heading back to the editing suite, there’s lots of work to be done …