The cooperative miniature boardgame in the Assassin’s Creed universe.

As a fan of both V-Commandos by Triton Noir and the (early) Assassin’s Creed video games, I was immediately excited by the prospect of Assassin’s Creed: Brotherhood of Venice. The theme was great, and the stealth/action gameplay seemed a good fit. But I had no idea how ‘next level’ this game was actually going to be!

The DNA of V-Commandos is here: you start off in stealth mode and try to fulfil your objectives while putting off the inevitable alarm and the subsequent descent into chaos and combat. But Assassin’s Creed: Brotherhood of Venice expands and develops the system in lots of extremely enjoyable ways. First and foremost, there’s an incredibly engaging campaign to play through; each scenario has its own envelope with new cards in it, and I’m embarrassed to admit how much fun it is opening them before a game, and then applying little achievement stickers to your campaign log after one. You have a headquarters to go back to after every mission, where you can heal your assassins, craft and purchase items, and fulfil contracts. The box is bursting with a huge number of high-quality miniatures to enhance the experience, and along with beautiful graphic design and production, the game is a delight to behold. I haven’t been able to resist making it even more spectacular by adding 3D buildings made of foamcore to elevate the roof sections!

But beyond all this, the gameplay is fantastic. I’ve been playing the campaign with a friend (two assassins each) and every game so far has been riveting, challenging and exciting, and we can hardly wait to play the next.

I don’t usually do Game of the Year things, but I’m calling this one my Game of the Year for 2021. I just wish I could get hold of the expansions, because I can’t see myself tiring of this beautiful, exciting game, and I’d love to play every mission it has to offer. Look out for a comprehensive video review in the coming weeks. 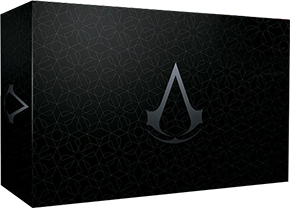