The game of time and space.

Doctor Who, for me, will always be Tom Baker. Watching those old 80s episodes now, it’s hard to believe how immersed I could be in those cardboard sets and clunky acting, but as a teenager it was pretty compelling, edge-of-your-seat stuff. So I had to grab a copy of this oldie from 1980 to add to my collection of early Games Workshop games.

This wasn’t a hit for GW at the time–partly because it was just a re-skin of a fantasy game Carver had kicking around for a while, and partly because Tom is on the cover, and he left the show and was replaced by Peter Davison just as this game was released (lots of people used to tell me I looked like Davison when I was young, by the way). And really I’ll probably only play it once and then put it on the shelf. But I love these old games from the early, innocent days of Games Workshop, before Warhammer took off, and they were experimenting with different licences and different ideas.

So here’s a summary for the sake of being completist. Jelly baby? 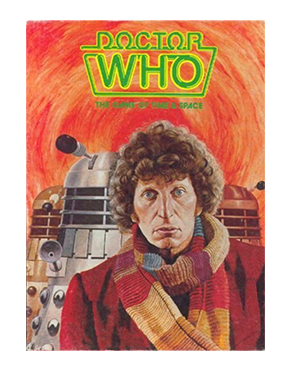