Human Interface: Be a Better Human

A cooperative miniatures game that plunges you into a deadly world of cyberpunk action.

The first I heard of Human Interface and the publisher Postindustrial Games was when they sent me a friendly email offering to send me the game to check out. A quick bit of research and it looked like just the kind of thing I enjoy—a cyberpunk setting, good miniatures, even a bit of hacking! The game is an expansion of sorts to the publisher’s first game in the same universe, Human Interface: Nakamura Tower, but it’s also completely stand-alone.

Well, I was even more impressed when I received the game. The production quality is very good for a small publisher, and while the selection of minis in the base game isn’t particularly interesting, things really pick up with the box of Kickstarter extras, which has a lot of far more imaginative characters.

Unfortunately, Human Interface’s shine was dulled by that most common of Kickstarter ‘extras’—a terribly written rulebook and some rushed mission design. In an attempt to solve that situation I put quite a bit of work into my rules summary and reference, which benefited from a lot of Q&A emails with my contact at Postindustrial Games. Finally, about a year later, they did release new documentation, and my version 2 summary is completely redone from scratch based on the far better rulebook.

I’ve put a lot of time and effort into this game–now the rule are clearer I’ll finally be able to play a proper game! If you have it, I think you’ll find this rules summary and reference very useful. 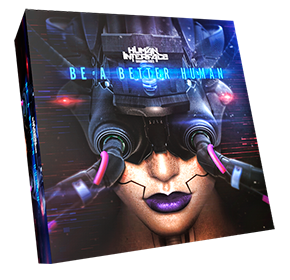