I’ve also provided a rules summary of the new version of the game, Kemet: Blood and Sand. Incredibly, despite the rework of the game (I’m happy with my original version), I found the new rulebook even worse than the original. 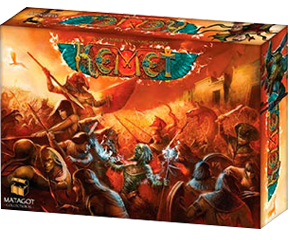