Rex: Final Days of an Empire

The final days of the Lasax Empire began with the Federation of Sol leading a deadly assault on the capital planet of Mercatol Rex.

Despite being saddled with one of the worst names in boardgaming history, Twilight Imperium Rex: Last Days of an Empire (woof!) has largely managed to please both new gamers and old fans of the game it reworks, the much-loved Dune. There was no getting the original licence so Fantasy Flight changed the setting to fit their Twilight Imperium universe. Smartly, they didn’t change the original game mechanics, however. 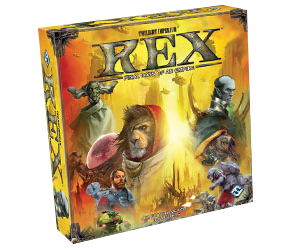