The dark lords are gathering, ancient powers are awakening, and a chill has fallen across the land.

Fantasy Flight’s Runebound is on its third edition now, and for some reason I keep buying it, even though I can count the number of times I’ve played it on one hand! For the third edition the game had a pretty extensive revamp, most notably changing to a cardboard disc-based system that as yet hasn’t seen service in other FFG game. I haven’t yet had a chance to play it (surprise!) but I’ll let you know what I think when I do. 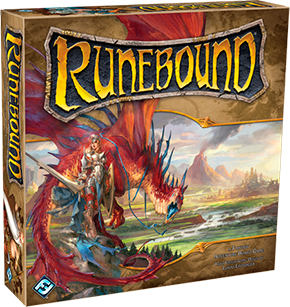