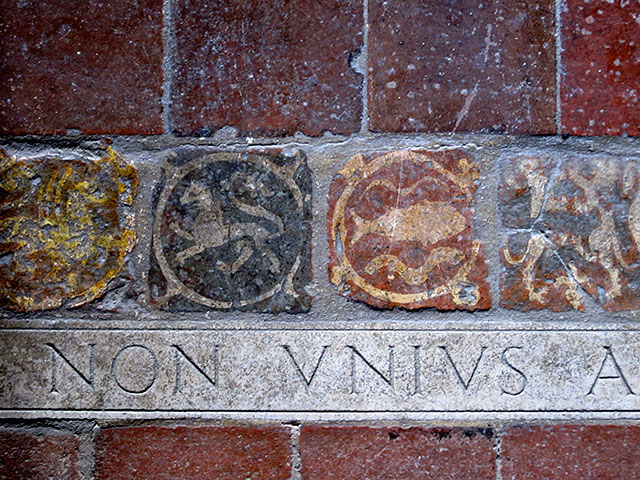 As further research is conducted into the records of the Esoteric Order of Gamers, and hidden rooms and passages in the archives are discovered and their contents pored over by scholars, facts both mundane and fantastical are brought to light each and every day. So it was recently that one of these scholars, a Dr Max Nelson, professor of Roman history, stumbled across some early documents that have shaken the Order to its core.

It seems that due to the mistranslation of an over-eager Italian student called Googloré in the 1773 exhumation of the Order’s main papers, the motto of the order has been rendered incorrectly. As some of you well know, after the mysterious incident in the middle years of the 17th century that saw the Order disappear from public memory, its buildings demolished or sold and all its records stored in inaccessable vaults, much of the modern information about the organisation was pieced together from unreliable sources and hearsay. So it was that this single mistranslation was preserved for almost two and a half centuries.

Thanks to the sterling work of Dr Nelson, this error has finally been corrected. Spurred on by this discovery, scholars continue to work on the seal of the Order, hoping to discover an earlier, more accurate rendering. The work continues.

Message Body:
“Operibus duris ludo amplio” translates to “I play, I increase through toilsome works”. Although “operibus duris” is okay, “labor” (or “labore” in the ablative) means pretty much the same and is more pithy. “Ludo” is a verbal form; you want “ludus” or “lusus” for “play”. The verb “amplio” means “to grow bigger”; you want instead the verb “melioro” (but in the proper third person form), “to make better”, from which the English “ameliorate” is derived. The whole is better presented as:

And while chairs are moved, papers shuffled and skeletons exhumed, our visitors may notice a change to the front page of the site, where the main image and the text underneath it have been removed to facilitate instant access to the latest proceedings. What do you think of this change? Did you prefer the original front page, or do your tastes lie with this new, more focused layout? Your opinion is valued, as always!