A Touch of Evil: The Supernatural Game

’Tis the dawn of the 19th century; an age of science, superstition, and witchcraft.

Though keeping the photographic style of Flying Frog’s games, A Touch of Evil is set in America at the dawn of the 19th century—an age of science, superstition and witchcraft—and the hero characters can either co-operate or act independently to track down and destroy the supernatural villain that is threatening the secluded village of Shadowbrook. There are several villains to choose from that give the game a different flavour every time: the Scarecrow, the Vampire, the Werewolf, or of course the classic Spectral Horseman. As for the dauntless heroes, you can choose from Karl the Soldier; Inspector Cooke; Isabella von Took, Noble Woman; Thomas the Courier; Victor Danforth, Playwright; Anne Marie the School Teacher; Heinrich Cartwright, Drifter; or Katarina the Outlaw. In addition, there are six Town Elders who may help or hinder you on your quest.

A Touch of Evil can be played co-operatively and competitively, and the variety of villains, each with special powers and themed minions to do their evil bidding, makes for a different game every time. Things get even better if you add the expansion set, Something Wicked. Not only does this add more heroes and more villains (the bog fiend, gargoyle, banshee and the Unspeakable Horror), but there’s also an additional board, a slew of new variants, and even solo rules.

Both games come with beautifully sculpted plastic figures for the heroes, which I highly recommend painting for the full experience.

This file includes a summary of rules from the Something Wicked and The Coast expansions. 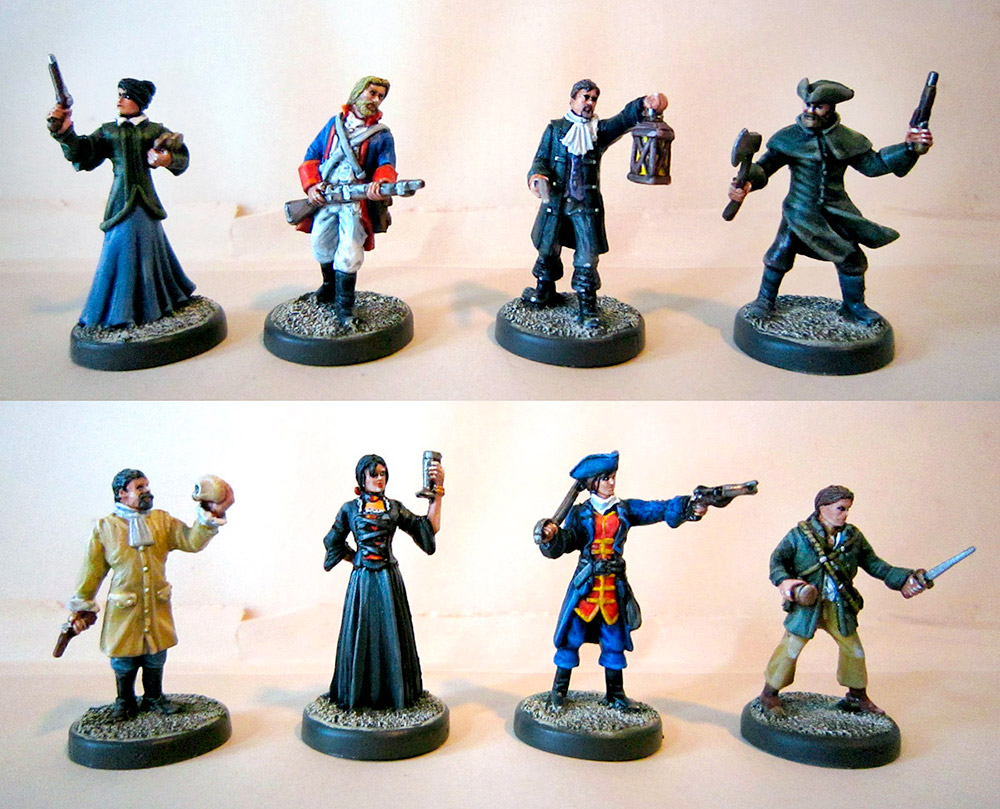 A Touch of Evil: The Supernatural Game Rules Summary and Reference v3.2 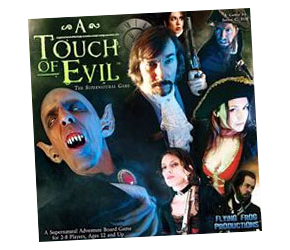