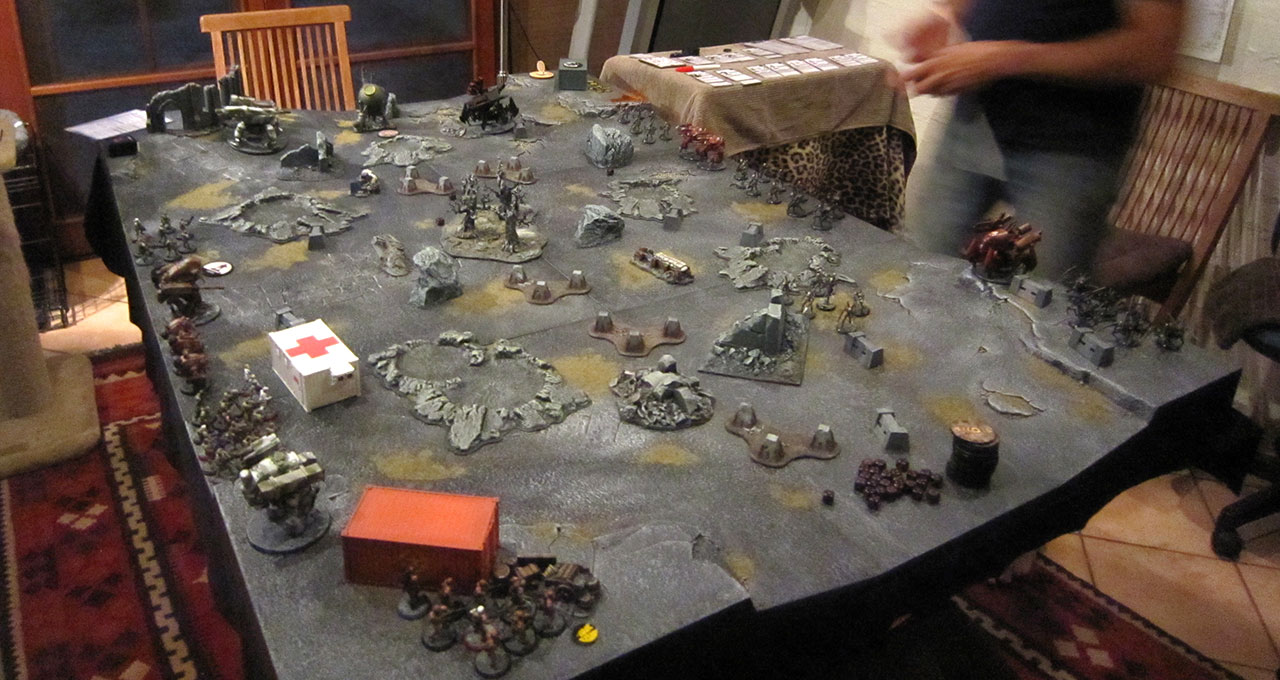 So, after you’ve spent all this money—possibly justifying it to your partner by pointing out that your hobby could be collecting vintage cars, and they should be grateful—your old school buddy who you’ve known for almost thirty years (gulp!) comes around one evening and you set up a game. You’re both on the wrong side of forty and playing with toy soldiers.